Date of Birth
1930
Name
Gloria Hollander Lyon
Your Relationship
Other

aarong 62 Pts
January 2020 edited January 2020 in Holocaust
Gloria Lyon was born on January 20th 1930 in Czechoslovakia. She is a survivor of seven camps, including Auschwitz-Birkenau, Bergen-Belsen, Beendorf and Ravensbrück. The Nazis took Gloria and her family away from their home at the young age of 14. Gloria's father was a very prominent Jewish farmer, and her family owned a small store in Czechoslovakia. Gloria’s green eyes, her faith in God, and her continuous determination to see her family at the end of the tragic experience, kept her alive. After the war Gloria married a German-Jewish refugee, Karl Lyon. Gloria is extremely proud of her two children and nine grandchildren. Today, she lives in San Francisco, California, and her life is dedicated to her family, and education and remembrance of her experience during the Holocaust. 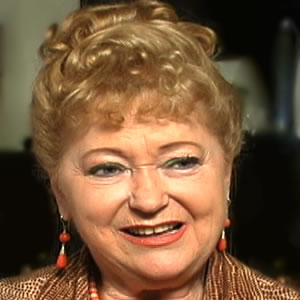