Date of Birth
1923
Name
Joseph Mandrowitz
Your Relationship
Other 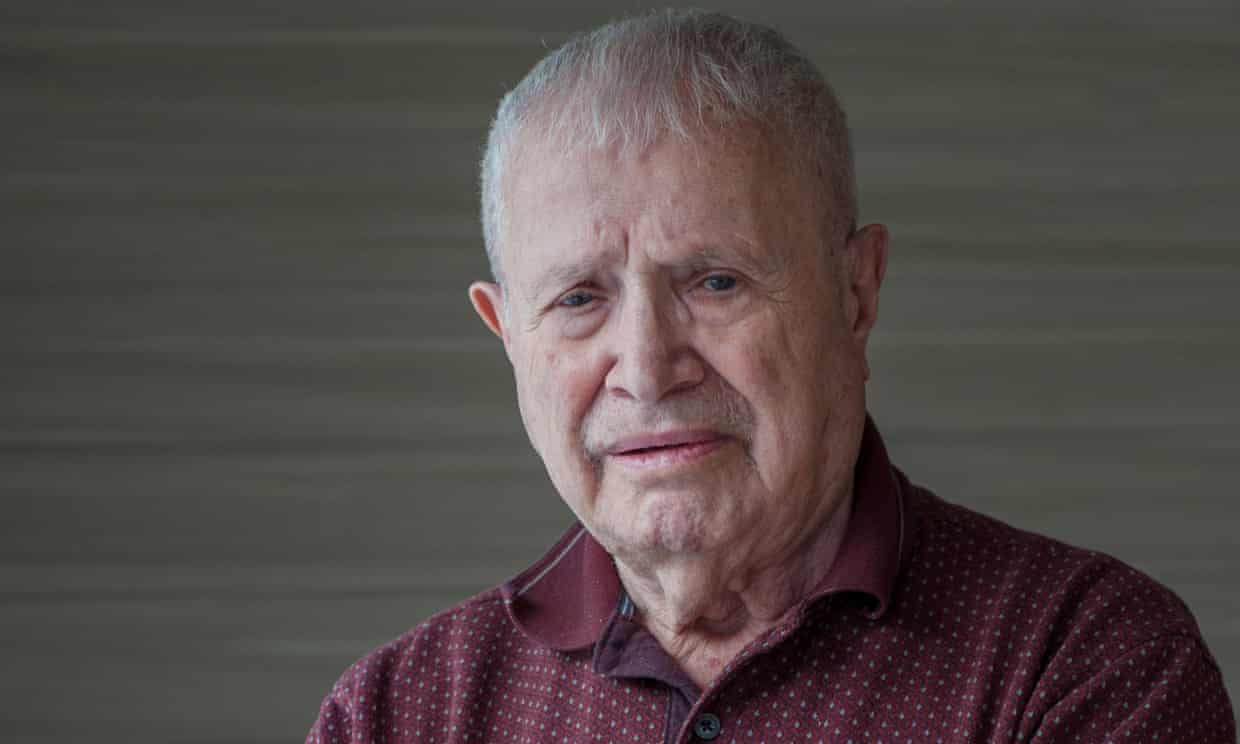 We had a quiet life until the day they took 1,000 Jews away from my village of Czemierniki, a typical Polish village with a big square around which community life took place. My father was a bootmaker, my mother was a seamstress and everyone worked hard. There was always some antisemitism, but it was mainly fairly harmless, consisting of kids at our school who during religious education taunted the five or six Jewish kids in the class with “Jews killed Jesus.”

I had trained as a tailor and had left home before we were deported, when I went to work four miles away on a ranch. It was taken over by the SS, so suddenly I found myself working for them. In May 1943 they lined us up one day and told us to empty our pockets. If they found even a single zloty in anyone’s pocket, they were shot on the spot. We were transported to Majdanek, which was only 19 miles away – a torture camp in the true sense of the word. For 500 metres there were just ditches full of bodies, legs, heads. We were deported to Auschwitz four weeks later. We arrived in the early morning and they gave us a bed, a real shower, they cleaned us well with disinfectant and shaved us. After that they gave us striped uniforms and tattooed us. I was given the number 128164 on my left arm and from that point on I was a number, no longer a name.

From there we were sent to Buna (an Auschwitz sub camp) and were set to work. After a few months there, I went for a walk one day and saw a few tomatoes growing. I was starving by then so tried to take them and was given a beating so severe, I don’t know how I survived it. I still have the scars from it today. I was taken to hospital and knew the rule: if you didn’t heal in four to five days, they’d take you to Birkenau and you’d be gassed.

I was 20, about 1.7 metres (5ft 7in) tall, blond, not bad looking and, despite the beating, in pretty good shape. When my limit in the hospital was up, they sent me to the gas chambers. There I met Dr Mengele, who asked me what was wrong. I said: “You can see, I’ve been beaten up.” Instead of sending me to the gas chambers, I was sent back to the hospital, presumably he saw the potential for labour in me. As I had trained as a tailor, he decided I had my uses there. The soldiers wanted to look nice, so they’d come to me in the hospital if they wanted their uniforms fixed up. The very fact that my new job meant I didn’t have to get up in the morning in the harsh winter in thin clothes standing around for hours for the headcount was a big thing. It meant that being a tailor saved my life.

That Mengele – they call him a doctor, but he was as much a doctor as I’m an army general. A complete fake of a man who I was too scared to look in the eye. I saw him day in, day out for months and was one of 152 Jews in his “care”. One of the experiments he carried out on me was to take blood from my arm and inject it in my rear end. I’ve no idea what that was trying to prove.

For some astonishing reason he “saved” me a second time, after the decision was made to clear the hospital and 150 people were sent to the gas chambers except for me and a boy from Saloniki. That’s not to say I liked him at all – he was a hateful man, who hated himself first and foremost and then everyone else around him. 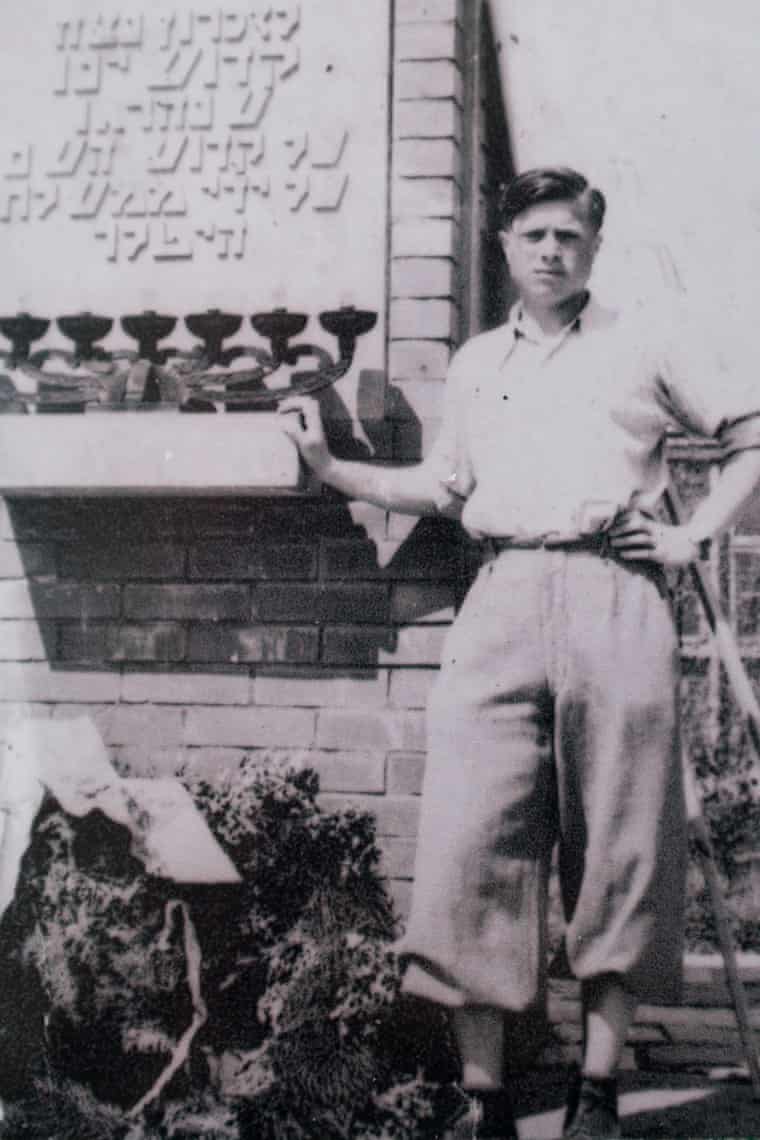 Joseph Mandrowitz just before he went into the camp. Photograph: Tim Knox

In 1944 we were sent on a death march from Birkenau to Oranienburg and from there to Buchenwald. Then to a quarry, where we were ordered to drill into the mountains to make some sort of secret city. From there we walked back to Buchenwald. Whoever was incapable of walking was shot. From there, big trains took us to Theresienstadt just as the Soviets were bombing the rails. We could sense that the Germans were almost destroyed. For 17 days we had no water, no food, nothing. Despite the hardship I was doing OK compared to others. I still had the capability to clamber on to the cattle trains without help.

We were liberated from the Russians at Theresienstadt on 9 May. I developed typhus and spent several weeks in hospital before I could go anywhere.

I decided to go back to my village as I had nowhere else to go. But of the 1,000 or so of us who had been deported, only eight to 10 had survived. Some people had warned me not to go back, saying there had been attacks on those who had returned, including the Jewish woman I had worked for when I’d done my tailor apprenticeship. She’d gone back to reclaim some possessions she had left behind in somebody’s house and they killed her rather than return the items. She and her husband had been the only couple in Czemierniki to survive and then they went and murdered her when she came home.

I had had parents, two brothers, three sisters, two nephews, two nieces, an aunt, an uncle, and all of them died. I found out the rest of my family were taken to Treblinka in 1942.

When I finally returned to Czemierniki in 1993, despite the years in which Jews had lived there I could not find a trace either of my family or of Jewish life. Even the cemetery where my grandfather had been buried had been razed. The synagogue was gone. I went to ask the local priest, who said they had taken the tombstones and crushed them for building materials or something like that. I believe they deliberately destroyed any sign of Jewish life so as to be rid of us for ever.

The Jewish Federation brought me to America. I deliberately chose against going to Israel as it would have meant I would have had to fight and kill and the US seemed the next best choice. They put me up in a hotel on 35th and 36th street until I got myself sorted out. I was desperate to get to work and make up for all those wasted years.

I started looking for work as soon as I arrived, finding a job earning $35 (£23) a week and by 1955 I had opened up my own business in Brooklyn, Queens, as a tailor and I think I did OK. I worked for some dignitaries, including Henry Kissinger and Nancy Reagan, and I also did a lot for the Johnsons. I’d be putting together the garments designed for them by the likes of Oscar de la Renta and Geoffrey Beene.

The US gave me a pretty good life. In fact I’d say I found my heaven here.

Of the 1,000 Jews taken from my village, only three of us are still alive, one living in Israel, one in Baltimore and myself. We stay in touch.

I still drive my car, though not at night any more. I get jumpy when someone honks their horn, and occasionally I have bad dreams and wake up at night, my wife asking me: “What’s up?”, and I tell her I’m being chased by Germans. But that’s the story of my life. I still can’t believe it happened. When I sit down and watch programmes on the Holocaust on the History Channel it’s as if I’m watching some made-up horror film.

I have to go back to Auschwitz one last time. I feel like I own the place, having spent almost two years of my life there. I never forget it and I don’t want to forget it because it’s effectively the story of my life.”

Written in the Guardian (https://www.theguardian.com/world/2015/jan/26/tales-from-auschwitz-survivor-stories) by Kate Connolly.